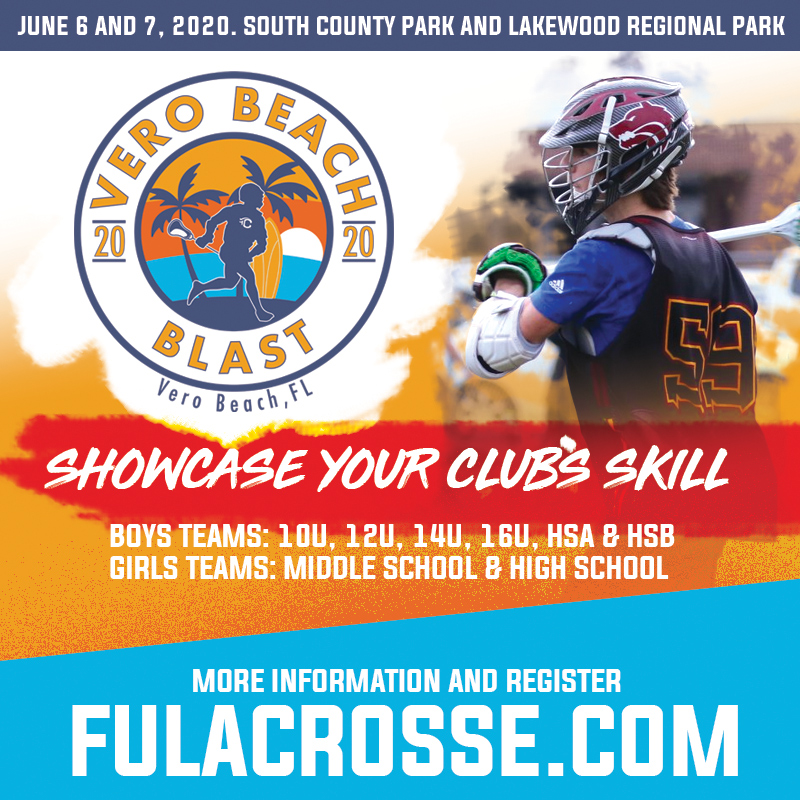 Play and Relax by the Beach!

Each team registered is guaranteed 4 games.

The first 100 teams to register will get the spots. More than 100 teams representing their respective programs and high schools participated in the 2012 to 2018 Palm Beach Blast events! 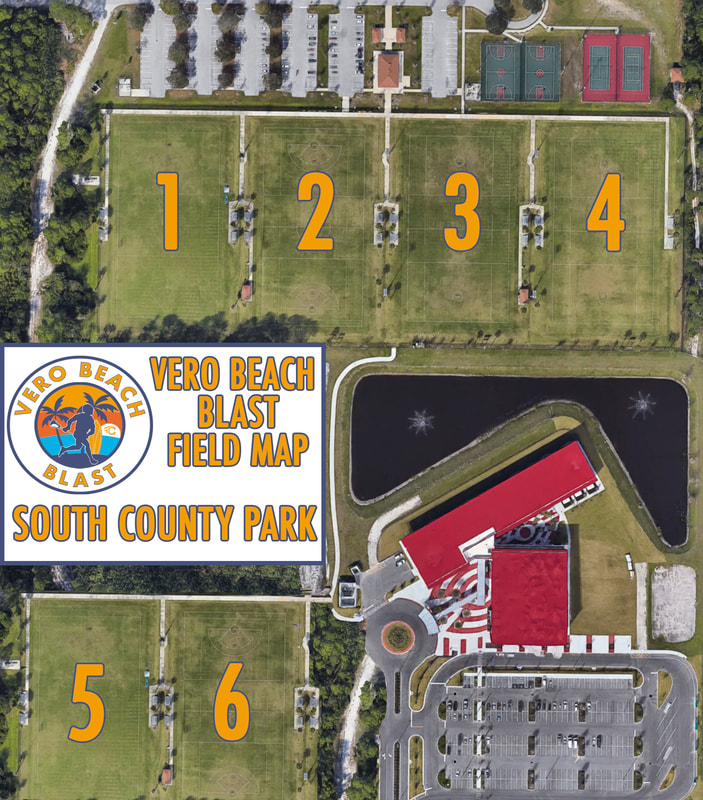 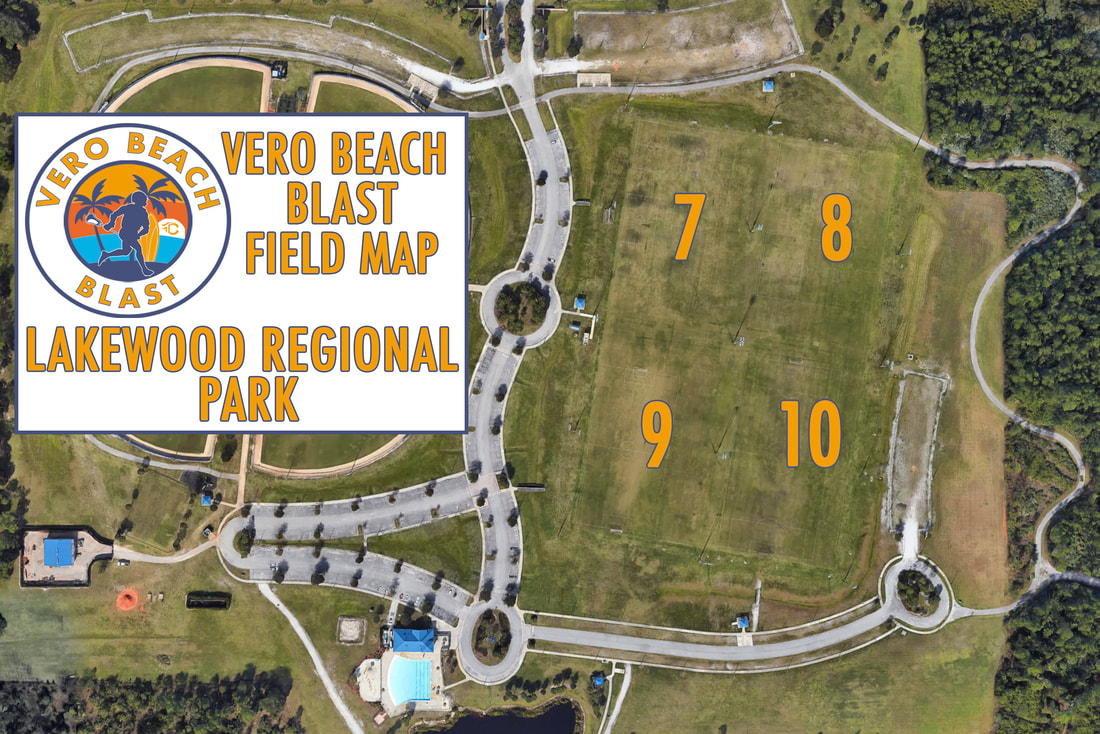 It is the expectation of Florida United Lacrosse that all clubs, teams and players competing in
any FUL tournament fully comply with the Rules &amp; Guidelines as outlined below.
Any effort to circumvent the spirit and/or intent of the Rules &amp; Guidelines may result in the
disqualification of the affected club, team, and/or player(s) from any current or future FUL
event(s).

Special attention will be paid to any infractions / violations of the Eligibiliy for Particpation
requirements.  The Administrator and/or Coach of each club / team, by registering their
respective team(s) for an FUL tournament, certifies that the credentials of each player on the
roster complies with age, roster, and other requirements as it relates to player assignments and
that each player has electronically signed the waiver for each event.

Coaches/Administrators may be asked by League or Tournament officials to further certify
and/or verify player roster assignments and age compliance at any time prior to or during the
event.  Violations of the Eligibility for Participation requirements will not be tolerated.
Tournament fees will not be refunded to any club / team /player disqualified from an FUL event.
FLORIDA UNITED LACROSSE REFEREE POLICY TAKES ALL PRECEDENCE IN ALL
ISSUES
​
Tournament Directors reserve the right render any interpretation, make any decision, or take any
action it deems is in the best interests of the tournament, and its participating players and teams.

National Federation of High Schools (NFHS) rules will be enforced except as otherwise stated
below.

Eligibility rules for participation in Florida United Lacrosse tournaments are intended to
reinforce the honor, spirit and traditions of the sport of lacrosse; provide a safe, competitive
environment for players; and offer an enjoyable fan experience for spectators.

We regularly monitor the eligibility rules of US Lacrosse, the governing body for the sport in the
United States, and other similarly organized and operated tournament events, and seek to
synchronize our Rules &amp; Guidelines with these organizations wherever and whenever possible.

However, we reserve the right to set, establish and promulgate rules which ensure the most fair,
equitable, and safe competitive environment possible.

Rosters are set for each tournament.  Teams may not move or transfer players between teams
within or outside the club regardless of eligibility.  Once a player has been assigned and accepted
for a particular team, that player may only participate on that team at that specific tournament.
​
A player(s) may be disqualified for any of the following violations:

All fields will be regulation size.  Any modification(s) to regular field size will be determined in
advance of the tournament event and communicated as appropriate to participants.

Games will be scheduled in 50 minute blocks, which will permit complete game competition,
efficient movement from field-to-field between games, and the handling of any potential
procedural game delays.
​
 Two (2) 22 minute running halves;
 Three minute halftime;
 One (1) timeout per game per team.  Timeouts may not be used in the last five minutes of
either half nor may timeouts be called during penalties;
 Clock does not stop on a timeout;
 Timeouts cannot be taken during a penalty;
 Stalling rules are in effect during the last two minutes of the game. The winning team
must keep the ball in the attack area (box);
 Games ending in a tie will be decided by braveheart (3 players and one goalie)

Penalty time will be time and a half and kept by table personnel.  The In-Home will serve
goalie’s penalties except Unsportsmanlike Conduct which goalie must serve himself.

Protesting coach has 2 hours upon completion of the game in question to contact officials. FUL
officials have final say in any protested game.

FIGHTING AND OTHER UNSPORTSMANLIKE
CONDUCT
​

The proliferation of fighting and other unsportsmanlike conduct by players, coaches, spectators,
etc. has reached unacceptable proportions and will not be tolerated at FUL events. Any player,
coach or spectator that is involved in a fight or other types of unsportsmanlike conduct will be
immediately ejected from the game and the remainder of the tournament.  All ejected person(s)
will be required to immediately leave the grounds of the facility.  If the ejected person refuses to
leave the field of play or continues to cause a disturbance that prohibits the game from
proceeding, FUL staff reserves the right to contact local law enforcement for assistance.
In the case of a fight during a game, on or off the field, FUL staff will defer to game officials to
determine player and/or spectator involvement and the determination of punitive actions.  FUL
staff will only consult tournament officials (game official, scorer’s table staff, or FUL staff) in
making determinations.
​
Game officials reserve the right, and have the authority, to end a game if the game cannot be
safely controlled.

The Tournament Directors of Florida United Lacrosse tournaments reserve the right to cancel,
shorten, or reschedule tournament games due to inclement weather, poor field conditions, or
player / spectator safety concerns and considerations.  No refunds will be granted if these actions
are necessary.  Tournament Directors and their representatives will communicate game changes.
Schedule changes will be available at the Information Tent and on Tourney Machine.